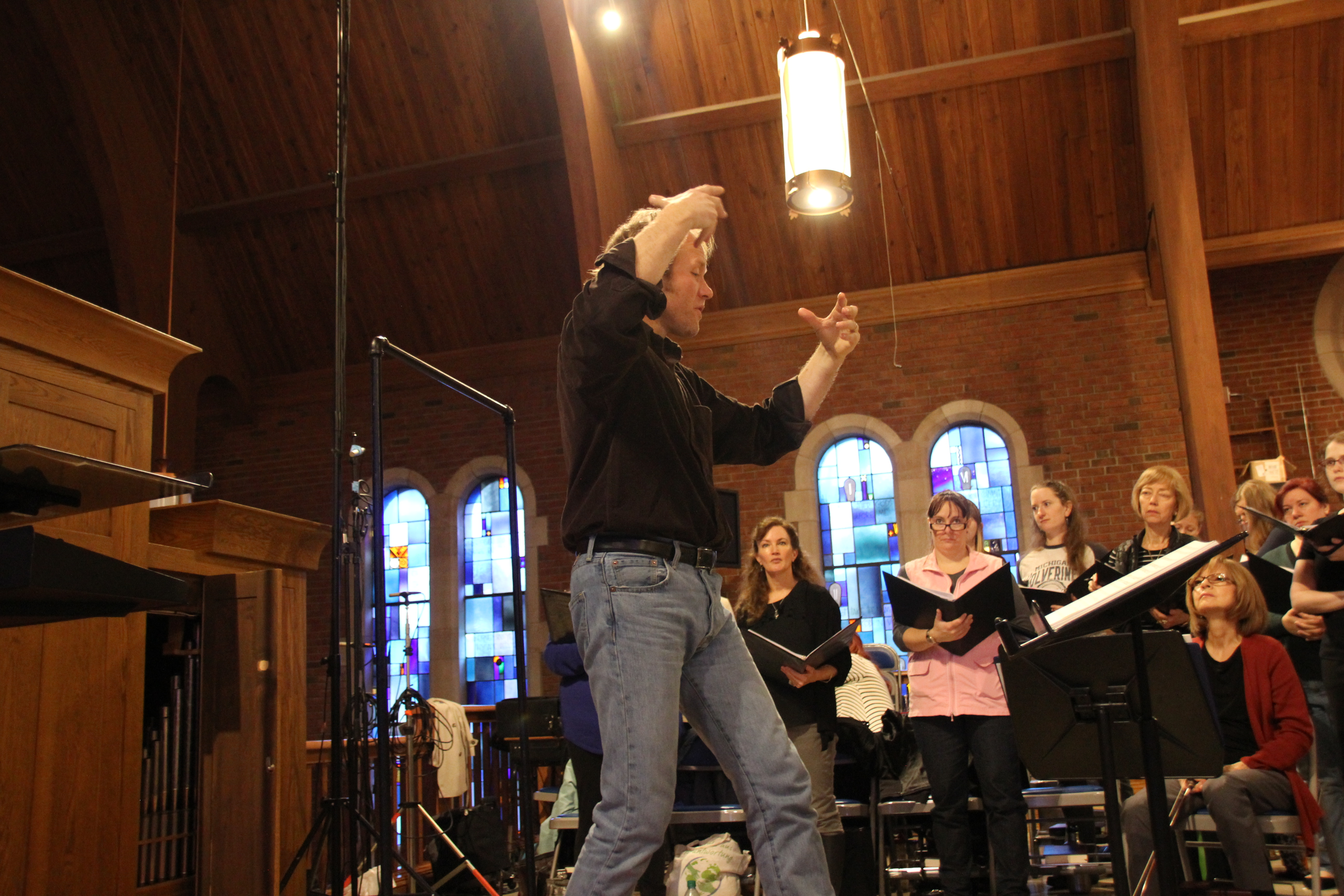 Since their final concert on the Bach at the Sem series last May, one might have thought that the once GLORIOUS American Kantorei was now but a dream… BUT FEAR NOT able listeners! The highly esteemed Kantorei has revived itself, incorporated as an independent performing entity, and found new footing in their new fearless leader Dr. Maurice Boyer!

This past Sunday, the walls of St Paul’s Lutheran Church of Des Peres were filled to the rafters with their glorious sounds. The Kantorei focuses almost exclusively on the works of J S Bach. They do so with an extraordinarily beautiful German sound from the choir, rich in color and tone. Notably, the detail in their phrasing was rather remarkable with so much poignancy and lilt I could hardly keep from tearing up. The orchestra was very precise; every ornament was articulated with precision and accuracy. Yet NOTHING seemed artificial or contrived, there was a great amount of dance and nuance regarding their approach, drawing the listener in to EVERY note! The soloists were all VERY well prepared and sang with admirable intonation, drama and grace.

Both cantatas were carefully rehearsed and musically choreographed which came to LIFE right before our very eyes. A performance that would have made even the great master himself, smile.  AND if that wasn’t enough…. the large newly renovated Martin Ott pipe organ was given the royal treatment by the St Louis legend, John Powell Walsh. John dazzled us with two chorale-preludes by Bach. Both dance-like in style but different in mood and drama. The “Almighty Fortress” chorale-prelude was of great interest and intrigue to this concert, not only because of the “Reformation” theme of the concert but mostly because of the great contrasts Walsh used with the instrument, even invoking a trio, where other organists might not have been so bold.

In conclusion, this concert was a true welcome back to an old friend of mine, a friend I have missed dearly.  May the Kantorei’s splendid new beginning last long into the future of our great city.